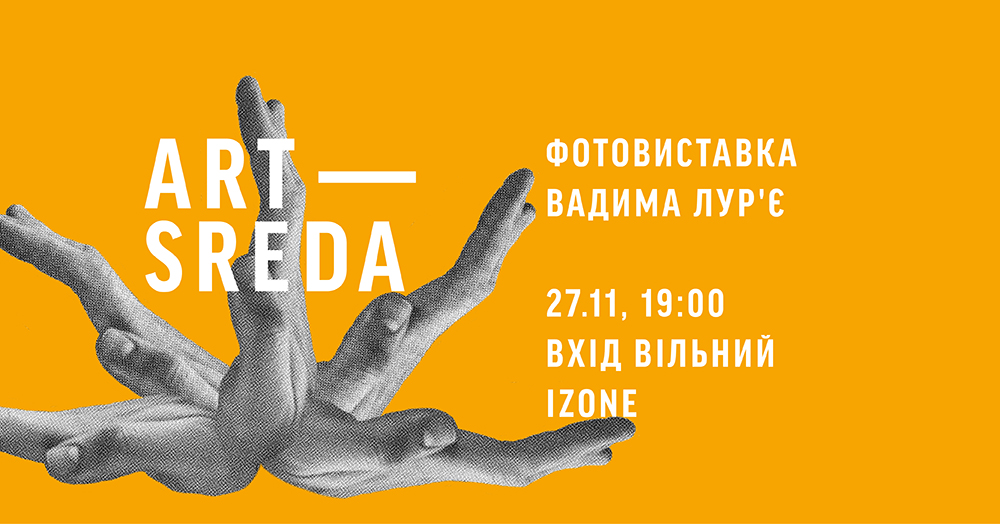 Documentary photo exhibition about the journey to Luhansk region.

On November 27 photographer Vadim Lurie will present his exhibition Man and Place in the space of creative community IZONE. The exhibition opening will include an open discussion on the results of research, conducted by a group of journalists, sociologists and documentary photographers, who worked in the east of Ukraine within the framework of Peaceful transformation of conflicts program.

The exhibition Man and Place is a result of three journeys to Donbas, it’s the route and author’s acquaintances with places and people fixed on the photos. Visually this is a story of the journey that starts with a transit point in Izyum and ends with views of Luhansk. The photo exhibition tells about day-to-dayness of towns in Luhanska oblast, that lived through military action. This is not just a story about the consequences of the war, it’s also about grim state of the economy of the region. About unprofitable mines that started to close back in the 1990s, about the workers forced to look for new workplaces. About old and new holidays and sites of memory that inevitably cause contradictory emotions. About everyday life at the demarcation line, where the border creates not only problems, but also new possibilities. About the people of Luhansk region trying to maintain themselves in the world that suddenly changed.

The author made pictures that form the core of the exhibition within the framework of research projects MemoGuides: Peaceful transformation of conflicts in post soviet territories (April–May 2019) and Donbas Family Photo Archive (with Kateryna Syryk, Art-residence «+/-», Severodonetsk, 2018–2019). The author has been to many places in Luhansk region, he visited different events, interviewed locals and internally displaced people. His attempt to combine modernity and history is a series of photos made in Lysychansk museum of local history in scenery and costumes of the past era. Images of the past can provoke conflicts not only in the public space: memories about empire and soviet times are held in personal memory, for example in home photo archives. In the new post soviet reality these images of the past find a new perception.

In 2018 I came to Donbas for the first time, to Severodonetsk, the temporary capital of Luhanska oblast. I wanted to visit liberated cities and towns to see how people live there. Together with Kateryna Syryk (Art-residence «+/-») we came up with a project that resolved into Donbas Family Photo Archive. During three expeditions we collected and digitalized 50 photo archives of local families.

People offered me  a seat at the table and told me stories about them and their relatives. I took pictures of memorials of the past war, the Great Patriotic War, during which these cities were captured too. It was really important for me to see inhabited and half-destroyed cities and towns, graffiti, people’s faces and combine them in my photo story. I came for the truth and I hope I learned at least a small part of it connected to the people I spoke to and took pictures of. One more important story for me is photo session in the style of old atelier.

The first photographer of Lysychansk at the beginning of the XX century beard the same surname as I do, his photos are stored in the local museum. I wanted to open an atelier for a day and cal people to visit it. I hope that the conflict that affected them won’t become frozen, that there will be no “Donbas Wall” between those who live in Ukraine, and those who left on the other side of the demarcation line.

Vadim Lurie is a photographer, folklorist, visual anthropologist, based in Sankt-Petersburg, Russia. He is a participant of different art and documentary exhibitions. He is an author and editor of ABC of Protest, a photo album and short guide of Russian protests of  2011–2012. Lurie was the only Russian author presented in Women of Maidan (2014) collective open air photo exhibition at Maidan in Kyiv. A participant of Donbas Family Photo Archive, a common project with Art-residence  «+/-», that gathered and digitized 50 family photo archives of the inhabitants of Luhanska oblast. Photographer and art editor of Urban Folklore and Anthropology magazine.

Art Wednesday is a project of IZOLYATSIA. Platform for Cultural Initiatives, which create the most relaxed atmosphere of communication for creative people. The format of the event is determined by the participants themselves: it may be a presentation, an exhibition, a film show, a performance, a lecture and / or a discussion. Art Wednesday is created in order to provide space for creative people to present various artistic practices, as well as provide an opportunity to share information about current research, ideas and events.