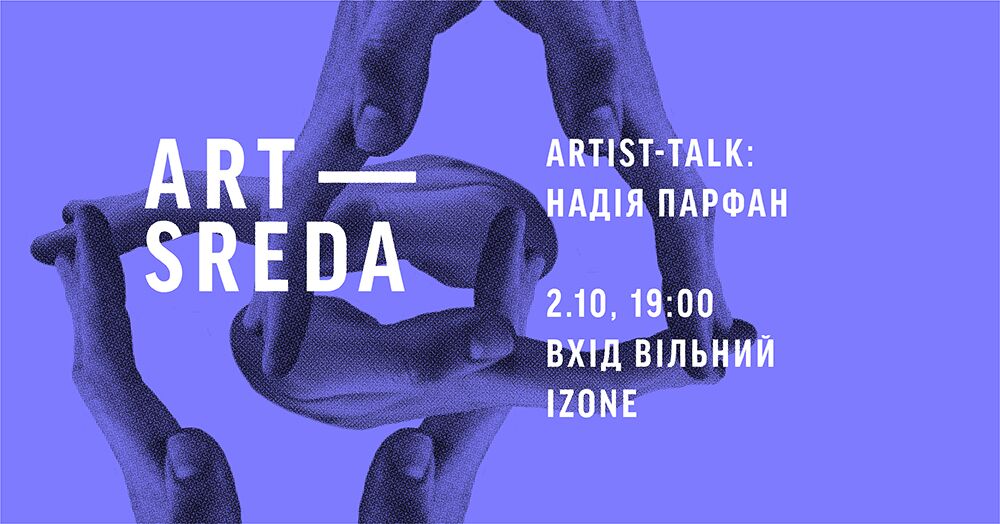 October 2, within the Art Wednesday project a director, cultural manager and social activist Nadia Parfan will give an Artist-talk and tell about her experience, implemented projects and new ideas.

Nadia Parfan is a Ukrainian director, producer and cultural projects curator. Nadia was born in Ivano-Frankivsk. She studied cultural and urban studies, as well as social anthropology. From 2012 to 2013, she participated in the Fulbright program in Philadelphia, USA. In 2014-2015, she took a course in documentary directing at DOK PRO at Andrzej Wajda Film School in Warsaw, Poland.

Nadia is the co-founder of the Festival of Film and Urbanism 86, which took place in Slavutych from 2014 to 2018. She is also the author of the idea and creative producer of the documentary project MyStreetFilmsUkraine, in which Ukrainian directors have created and released 49 short films. Among the movies: Ma by Maria Stoyanova (participated in Jihlava IFF, OpenCityDocFest, Astra IFF), Diorama by Zoya Laktionova (DokLeipzig, Jihlava IFF), Me and Mariupol (winner of the Young Artists Festival in Artelsky and Arseltsky) and The National Museum of Avdiivka by Pyotr Armenianovsky (Grand Prize for Best Documentary of the Open Night Festival).

In 2018, Nadia together with producer Ilya Gladstein has founded the production company Phalanstery Films.