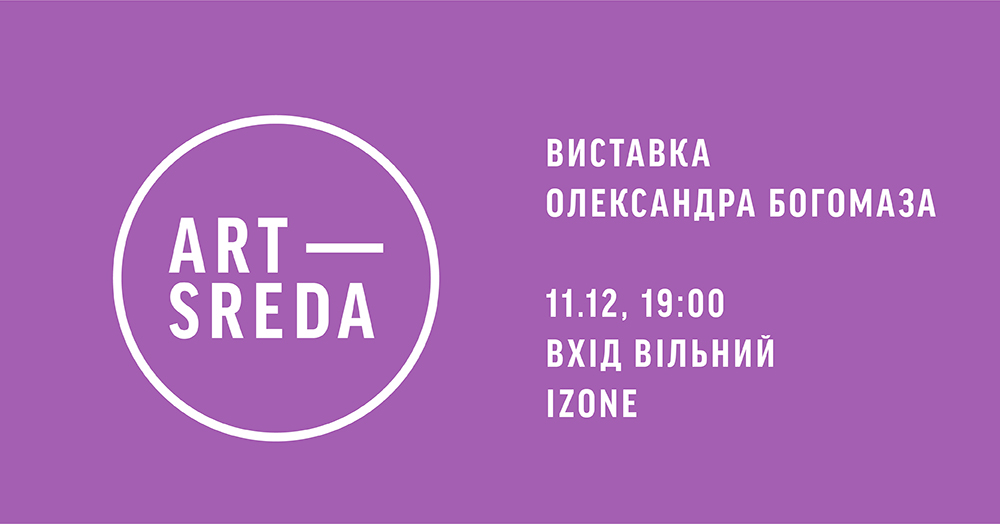 On December 11th as part of the Art Wednesday project, artist Olexandr Bogomaz will open his exhibition at the 4th floor of IZONE Creative Community.

A series of works by Olexandr Bogomaz City K is an urban metapatern, personal and impersonal at the same time. The project is both about the city and the place (because each “landscape” has its real geographical address) and about the general triggers of the post-Soviet space: typical panel buildings, monotonous playgrounds, painted tires, recognizable concrete fences.

A series of works by Olexandr about Kyiv and many other cities with similar suburbs, from Chisinau to Cologne. City K is about the modern cityscape, but also about its invariability for over ten years, and therefore about lacuna in time. Olexandr comments:

It's a series about constancy, immutability, archetypes and the search for identity: through tuned, monumental, symmetrical compositions, through the use of common city codes.

Olexandr Bogomaz born in 1985. In 2000–2004 studied in Zhytomyr School of Culture and Arts named after. I. Ogienko. In 2006–2012 studied monumental art in Kyiv State Institute of Decorative and Applied Art and Design named after M. Boychuk. Lives and works in Kyiv. In 2013 became a member of National Union of Artists of Ukraine. Since 2013 held 5 personal exhibitions and took part in 5 group exhibitions in galleries of Kyiv («Triptych ART»,  «Steinbarg Gallery», «It'snotaLouvre», АRT-14, «Chlibna»).

Olexandr’s exhibition will be on until December 18th.