The article was first published by the independent media VONO. This text is the result of a discussion of Tim Ingold's article ‘Temporality of the Landscape’ during the ‘Landscape as a Monument’ residency, initiated by IZOLYATSIA with the support of the Ukrainian Cultural Foundation. Reading group mediator: Oleksandra Maiboroda. Residency curators: Dmytro Chepurny and Oleksandra Pogrebnyak.

Landscape is normally understood as a wide panorama that opens from a remote vantage point. The word ‘landscape’ is associated with an image of nature—epic, static, and unchanging. We perceive the landscape as a frozen object of contemplation, whereas the reality demonstrates its dynamism. Recent years in Ukraine clearly show its transformations—from forest fires and floods to the chaotic housing development in parks and natural environments, to the demolition of old monuments and their substitution with new ones.

The residency ‘Landscape as a Monument’ dealt with the concept of landscape. During the reading group sessions, residency participants were looking for different ways of thinking about landscape: what can it be (what is it) if not an image or a narrative? British anthropologist Tim Ingold offers a view on the landscape not only as a set of related elements, but also as a set of related activities. His concept formed the basis of the residency’s final exhibition ‘World for Everyone and Everything.’

Tim Ingold notes that there is a habit of viewing the landscape either as a passive background for human activity or as a symbolic arrangement of space. According to Ingold, it is more productive to consider the landscape temporally, i.e. as a process that is constantly transformed by the activities of matter and living organisms.

To interpret the landscape, Tim Ingold uses the concept of ‘dwelling perspectives’ that denies the alienation of humans from the landscape. This concept reminds us once more of the impossibility of a ‘vision out of nowhere’ and of the role of various senses in shaping our perspective. Developing a non-anthropocentric approach in anthropology, Ingold temporarily introduces the concept of ‘taskscapes’ implying the agency of various elements of the landscape. Landscape, or the matter of which it is composed, acts or aims at certain tasks on many levels: physical, chemical, biological, etc.

The residency participants discussed Tim Ingold’s article ‘The Temporality of the Landscape’ (1993) with the author himself, reflecting on its relevance in 2020 in the context of cultural heritage preservation. Below is a summary of Tim's speech during the discussion. The congealed form of the taskscape

By the way, I don't like this word taskscape. I invented it a long time ago in order to get rid of it. I wanted to show that the taskscape and landscape are the same. If we understand that landscape is a temporal process, we don't need that word. It is a horrible word, so if it is untranslatable – that is just great. It is not a word I like, but task is. 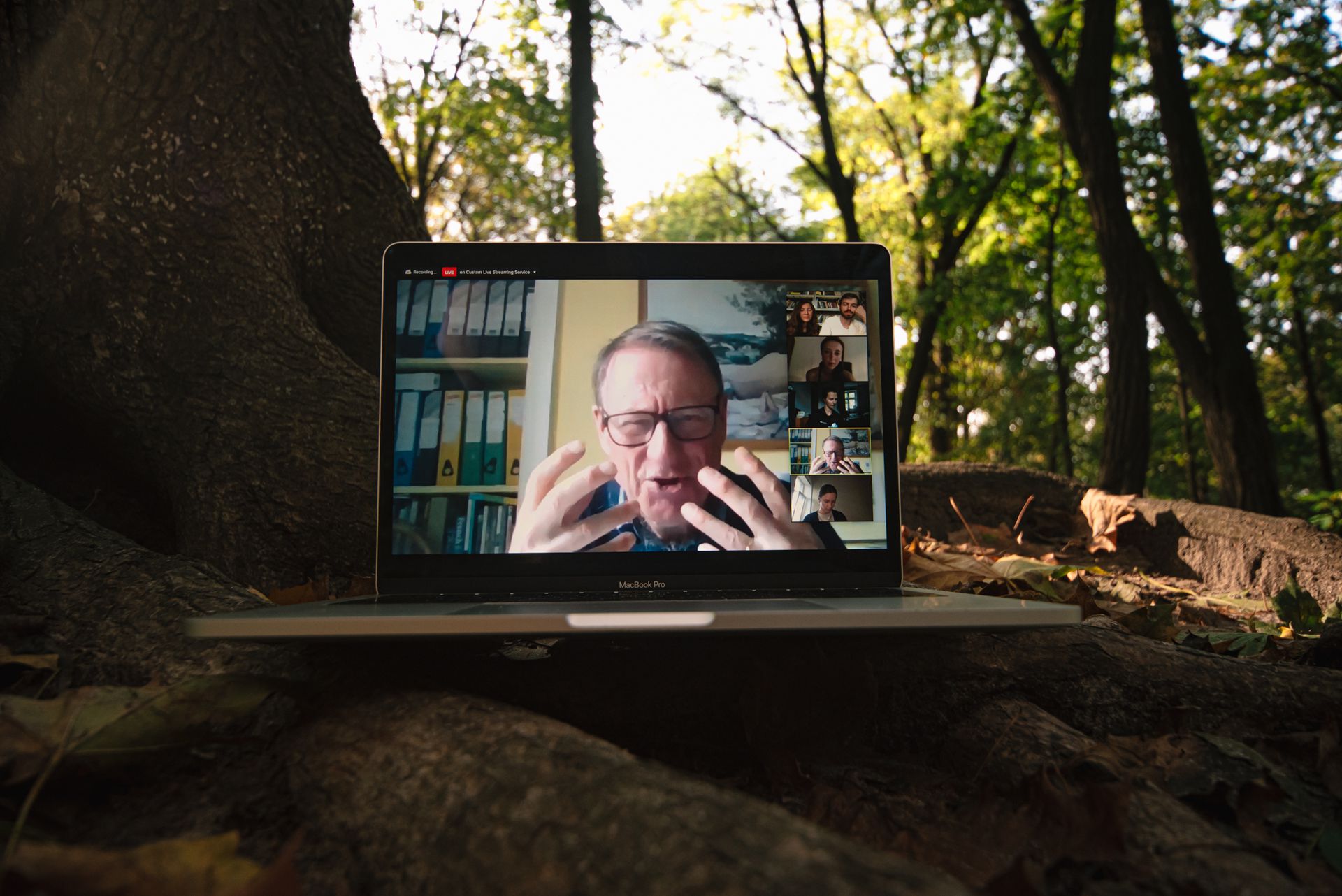 Prohibition on interaction with heritage sites

I wanted to comment on the title of your residency Landscape as Monument. There is something, in my view, contradictory about it. Because the word monument, for me, conjures up an idea of an edifice that has been constructed and is to be preserved for all time. As you know, in an ancient civilization a tyrant, a great ruler, would build a monumental palace, or pyramid, or some burial site with the idea that it then secures that ruler's immortality of all time.

It never works. The monument eventually gets ruined and archeologists dig it up and try to recover what happened there. A monument is like a whale washed up on the beach — it is stuck in its own time and can't move on. And that contradicts the idea of a landscape as a process, something that is continually carrying on.

We have an issue with this, here in the UK, when it comes to the management of heritage. That heritage could include things like war memorials or landscapes. Just to give an example, there is a common custom when you are walking in the mountains to pick up a stone and add it to a cairn — that is a pile of stones at the top of a mountain. So every climber would pick up the stone, on the ascent, and add it to the cairn. The cairn holds a memory of all the people who have gone by, and it is continually created and recreated with the history of that landscape. But sometimes these cairns have been turned by heritage managers into monuments — and once it is a monument you are not allowed to change it. You can't pick up a stone and put it on it, because it has to be preserved just as it is. Instead of the cairn inviting travellers to join with the process of its formation, to be part of it, the monument shuts them out, as if to say: «we are complete, you can look at us, but you cannot get involved with us».

There is a very clear distinction between the landscape feature that is continually evolving along with the people that are going by it or involving themselves with it, and the monument which is fixed. So if we say that the landscape is monumental, we imply that it has been somehow frozen in time. The people themselves who inhabit that landscape can no longer participate in its transformation.

Landscape as a surface vs. as circulation of materials

Would you include the weather in a monument? I have been thinking a lot about this. It has been more than 30 years since I wrote ‘The temporality of the landscape’ and there are many things in it which I would no longer accept. More recently I have been developing the idea of a weather-world rather than a landscape. The trouble with landscape is that it puts so much emphasis on the shape of the land (this is what the word means, literally), particularly the land surface, rather than what is going on above in the weather and what is going on below in the subsoil, in the earth.

With the climate emergency, this becomes quite an important matter — what do we do with the weather? The concept of landscape then dissolves into a much wider field of relationships.

Two senses of preservation: of biological processes and of artifacts

We should distinguish the sense of preservation, as keeping something in the same state, from the sense of preservation as allowing life to carry on. Think about yourself as a person and ask «are you well preserved?». You would not want someone to come along and freeze you and say that in order for you to last we should keep you exactly as you are today. When we talk about people and we ask how long does a person last, how long does life last, we are not assuming for a moment that this person should stay the same from one day to the next, because they are growing and ageing, and undergoing all the numerous biological processes. But when we move to artifacts and artworks, we suppose that preservation means keeping something in exactly the condition it is in now.

To my understanding, that is completely contrary to any notion of sustainability. Sustainability is not about preserving things in a steady-state; it is about allowing things, life, people, animals, to carry on, to keep on going. And they can only keep on going if the materials and energy that they need for life continues to circulate. Stuff and energy have to keep moving.

To bring archeology and anthropology together

Of what things could you ask «how old are they?». Suppose you take a wooden artifact, recovered from an archaeological site, and you say «this is the date of that artifact». How old is this artifact really? The date simply refers to the moment the artifact was made. But it was made from wood, and the wood came from a tree, and a tree came from a seed. We could talk about it as an artifact, but we also could talk about it as a piece of wood that has a history of its own. To bring archeology and anthropology together is to concentrate on the history of material and what happened to it, not on the object in isolation.

Landscape As a Monument A-I-R Programme