Catalina Gonzalez is a multidisciplinary artist from Chile, who came to us in May 2019. She works with video, sculpture and spatial interventions. The main issues that she focuses on are visible or invisible problems in the social and territorial spheres, rethinking of memory and landscape, their aesthetics, as well as a critical look at the results of abuse of power. Website: https://www.cata-gonzalez.com.

Please describe the general situation where you are. How are you? And how are your circumstances.

Catalina: I’m living in Amsterdam in the context of the residence program of Rijksakademie, my situation is good enough, but of course with all the effect of the virus and quarantine and problems that affect all in different ways.  Specially in South American countries that have more problems, especially in the lack of resources and the government is not a guarantee of protection, or a guarantee of your survival. The problem of really poor people and people that live on the street, or people whose houses are overcrowded and where the resources are not enough to survive in quarantine. For example in Chile problems, that have not been seen since the military dictatorship, have appeared now, such as people roaming the streets asking for food house by house or the erection of common pots to feed themselves communally.

Being far from our families and relatives, we are constantly worried if everyone could be safe and well.

In the work there’s also been a lot of necessary changes because of pandemic that affects projects, exhibitions, and pre-production of projects in other countries are stagnant for the moment. It is not clear how the fluent trips and the daily life in different locations  is going to function.  Some exhibition projects fallen and some changed the dates for the moment.  Normal circulation of the art world is changing and maybe is going to stay with different norms.

What was the project that you developed during your residency at IZO? It’s been quite a long time since your residency. Are you continuing this project? What has happened to it? How has it evolved?

Catalina: Oscillating is a site-specific work in progress in Kyiv in the context of the residence program at IZOLYATSIA. It is a part of a project that has 3 parts, with different actions in different cities. The main element of intervention is a light symbol that could make visible some marginal places and issues of abandoned traces of utopias. The first action was in Beijing with the intervention Dream. Then it continued with working with the context of Kyiv, both in an experimental research process around the landscape and the human dimension through the action of walking in specific social contexts of urban areas.

The residence in Kyiv began with the exploration of possible spaces to be intervening and also with the collecting old symbols of progress still left in the city from the Soviet Union times. The research was through video documentation of actions which were translated into a visual archive. Intervention was in the experience of traveling with a transparent wheel with an atom symbol drawn by neon light stripes in different spots in Kyiv, like abandoned places, were this former industry could reveal some identities or history of the city.

The experience of the residence opened a new idea to develop and continue with more actions related to the same, but incorporating other places near the nature and also to work with a group of young women making actions with different luminic symbols. The final project is going to be showing all the videos at the same time all togethers in a prismatic projection. The work in progress was exhibited in November of 2019 in the Open Studio at the Rijksakademie like part of the works realized in the year.

What were the rewarding and/or redeeming aspects of your residency at IZO? How did the residency support/influence your project/practice?

Catalina: The residence have really good place for concentrate and work and living with everything for stay comfortable.

The best aspect is the context and where the residence is based in Podil, a very interesting mixed ambient with old buildings, workers [from the ship-repairing factory on the territory of which IZO is located now] living also in the same place, former industries, the train [near the territory of the factory, where IZO office and IZONE are located, there is a functioning railway, which is used for delivery of materials to the plant by trains] and the cultural ambient of IZONE.

The residence stuff cares about being constantly supporting the work process, both helping with data and information for the production and also supports the introduction to contextual, historical, and network information to connect with more people for the project development.

Can you tell us the most memorable story from your time in residence or any interesting discovery you’ve made?

Catalina: There were a lot of surprises that I found since I arrived — the energetic expression of the people in the city, some interesting practices, monuments of soviet era, also the nature in the city, the architecture, the food. Also, I was impacted by the tram number 19 that enter directly into a forest in a wonderful area. 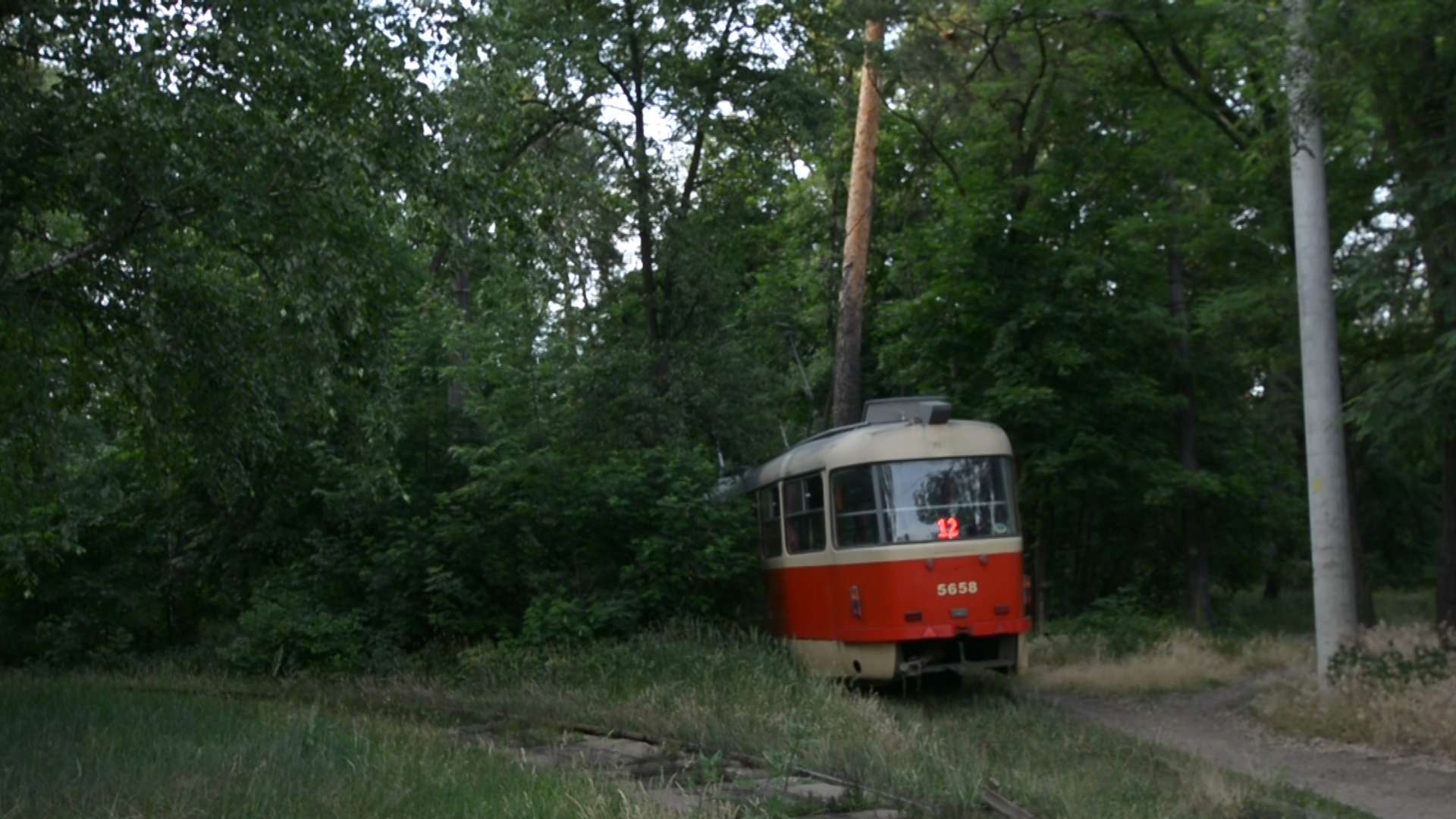 I remember two unexpected encounters that made me keen about the memory of the people or the country.

First one was taxi driver that took me from the airport. He tried to explain me in Ukrainian about his hobby that was looking for treasures of war times or soviet times in the nature. He was showing me pictures of skulls, old coins and so on, very shocking and interesting pictures.

The other encounter was with an ex-military painter in an old building at the Rybalskyi Peninsula area. All the context were so special I never thought I could find someone in such an old building selling his paints. We started a conversation in German. He was selling a big amount of paintings full of colors and traditions (portraits, landscapes and still nature). He told me the story of his life while showing me a painting by a painting, as well as some old style spoons of wood for body washing. At the end I bought a painting and a spoon that are now in my house. 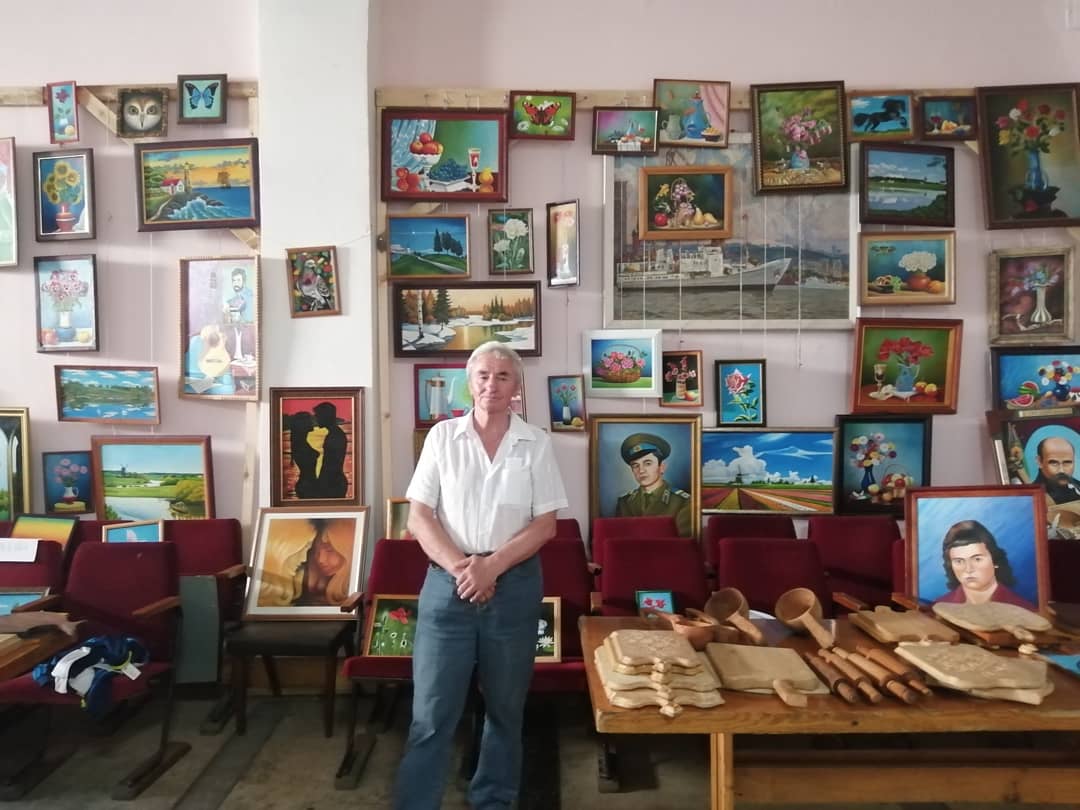 And for my work the meeting with an architect from Urban curators helped me a lot. He told me a lot of interesting facts about the city, some distribution and spots related to the soviet era (garage for cars, industry and gentrification) and how it functions now.

How does the global pandemic influence your artistic practice\professional life and the project you developed at IZO in particular?

Catalina: Somehow in this time of quarantine, I came back to my work that I started in Kyiv, the  situation allowed me to figure out how to continue with this project that is still in progress, and go more further in conceptual and visuals aspect, and what is important to spotlight about Kyiv articulated with the first idea of the wheel.

Does this situation impact your artistic views or conceptual or aesthetical ideas that you can express through your practice? How?

Catalina: It for sure impacted my practice not only because of the impediment of so much plans, but also made me reflect on the importance the essential aspect of a work and the relationship with a space, community and the meaning of that in the experience of art. It’s a big change for me is a new way of approach to my personal practice, but also to the essence of art in general. How to be more flexible and creative in situations of crisis like now, what is necessary and what is not? I am also bothered by the questions like how art could be also a daily practice, not only focused on the aim of an exhibitions, but also how we related to the day to day art to make something happening in the inner space of a house for example.