Please describe the general situation where you are. How are you? And how are your circumstances.

Adam: The situation is bad. Long Term underfunding and/or privatisation of public services and a dominant ideology over the past several decades centred on individualism and prioritising ’the economy’ over everything else were combined with medium term nationalist-brexit populism, and short term basic incompetence and a priority on appearances over effects.

So, by most measures we’ve had the worst handling of the pandemic in Europe. Accurate data is hard to come by, but it's over 50,000 dead from Covid, probably significantly more. It can feel quite numbingly abstract, but I know several people who have died personally. An argument is sometimes heard that these were old or ill people anyway, as if that makes their death less significant. ‘Underlying conditions’ has become a biopolitical proxy for life being expendable. These are not all ‘people who would have died soon anyway’, a shocking figure from a reputable source I read a couple of weeks ago was that over 30 London bus drivers have died so far, it’s probably more now. 30+ bus drivers just in this city.

And that statistic highlights something important I think, which is that the pandemic hasn’t really changed anything, rather cast attention to it and intensified it: that our society here is incredibly divided and becoming more so. So a vocal group of educated, relatively more white, more likely property owning people call for an end to lockdown, to get the economy going, to be able to travel again, and so on. Meanwhile in cramped living conditions, driving taxis, nursing in hospitals, working in supermarkets and doing other jobs which cannot be done remotely, another group of people are dying in much higher proportions. These are the key workers darkly ironically celebrated as heroes, but low-paid, under-equipped, unprotected, and whose lives are deemed expendable.

Structural inequalities mean this second group include many more black people and people of colour, working class people, women, and other disadvantaged groups than the former. Their labour has long been exploited, now explicitly their life is too.

On a personal domestic level I’ve been much less affected than many, but worry mainly about my daughter. She’s just turned 3, and understands the situation remarkably well, but I worry about the long term implications of her not being able to interact with others.

What was the project that you developed during your residency at IZO? It’s been quite a long time since your residency. Are you continuing this project? What has happened to it? How has it evolved?

Adam: My residency was focussed very much on research, meeting with artists and curators to discuss the forms of critical art being practiced and their relationship to the political context. Many of the conversations I had have fed indirectly into my research and practice. 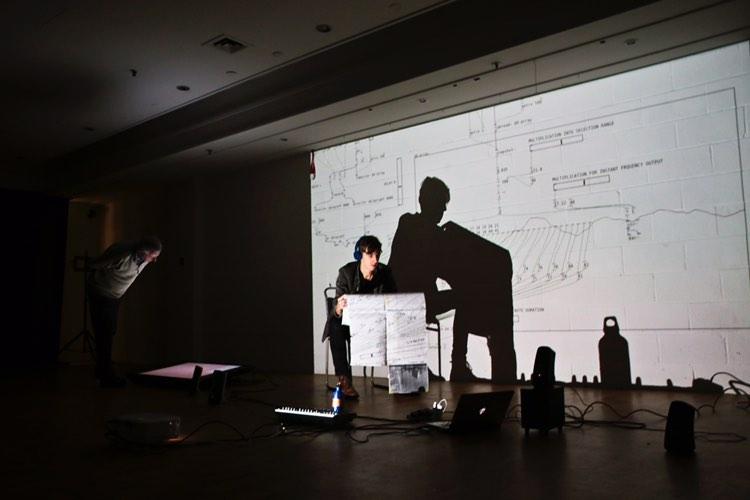 Photo by Katherine Rattary for NEoN.

In particular, I’ve produced a kind of montage meta-text work in the form of a screenplay recently which intercuts pieces of text (which become characters) several of which reflect on conversations held during this residency. In particular I’d undertaken interviews with people involved in the production and display of a Hito Steyerl work, ’The Tower’, which I’d first seen at VCRC in Kyiv on a previous visit, which I find interesting. This meta-text artwork cuts together some of the immediately written reflections on these conversations.

Purely out of interest, unrelated to my main aims of the residency, I also visited Mezhyhirya while I was there. From this one chance visit, Vicki Thornton (with whom I frequently collaborate) and I went on to develop a new work focussed on Mezhyhirya as a site of continuously shifting interlocking ‘games’ of power and complicity. We returned to Kyiv twice later in 2019 to film for this and have edited it into a trailer for a hypothetical film about the production of a fictional video game. 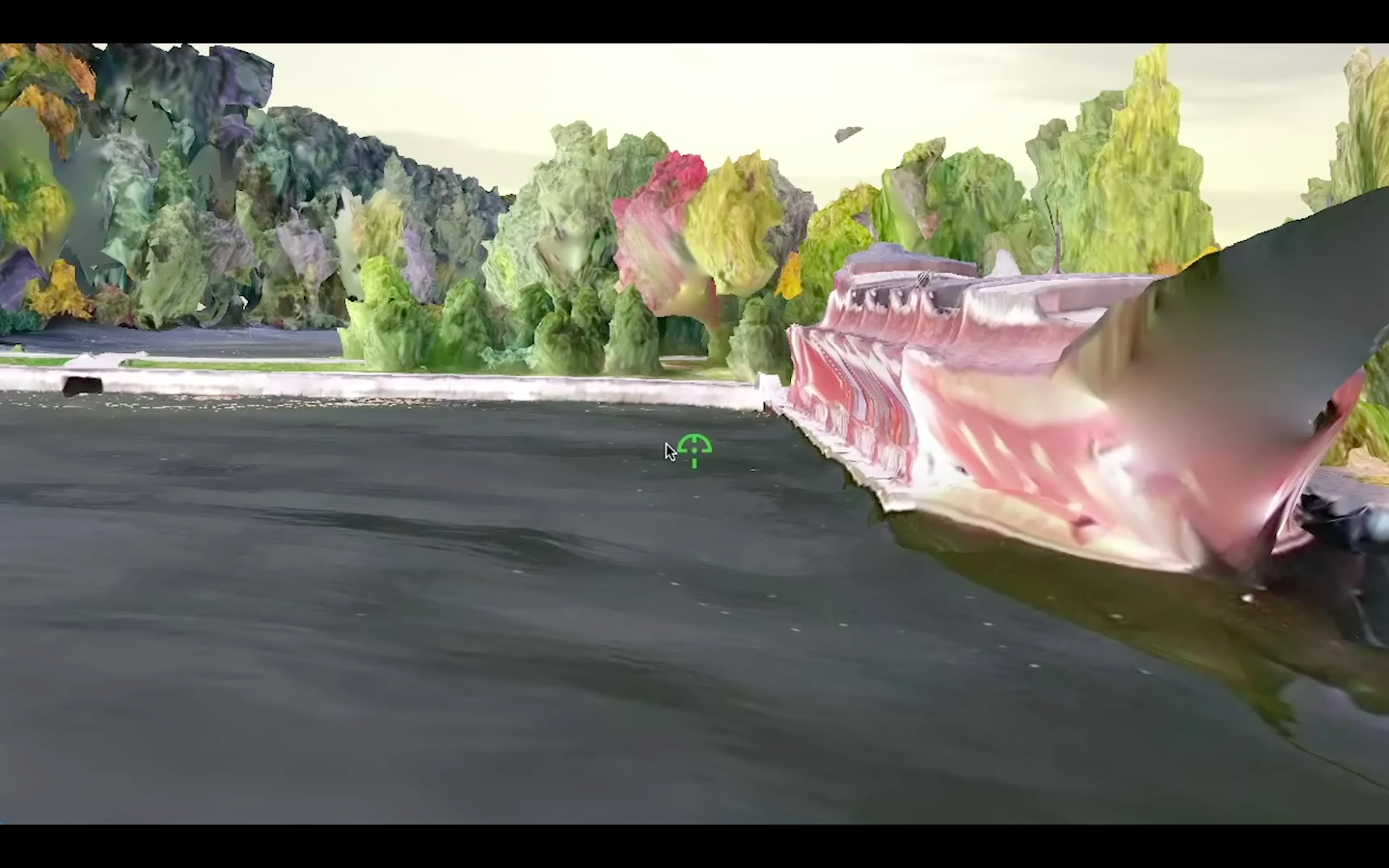 What were the rewarding and/or redeeming aspects of your residency at IZO? How did the residency support/influence your project/practice?

Adam: It was great to reconnect with people.

At the moment I’m particularly interested in ideas of care. While of course its great to go to new places and discover new things, I think there’s also something really key in sticking with something, developing deeper relationships, taking care of the things the people you’ve started to care for care about. I have this to a certain extent in Kyiv now. I’m not really interested in encounters with the supposedly objective abstract idea of a site, rather the co-realisation of a site formed in relation to oneself. This comes through relationship, and becomes much more nuanced as you deepen those relationships.

Can you tell us the most memorable story from your time in residence or any interesting discovery you’ve made?

Adam: Probably my visit to Mezhyhirya. I went on an extremely hot day in the middle of the week and it was virtually empty. The sky was perfectly blue, and I was wandering around this vast terrain with like, random temples and pirate ships in it. All the grounds were perfectly (over)tended, and every so on someone would whizz past on a small electric bike or go-kart, there was no-one else walking. It was as close to the embodied experience of being within a computer game as I’ve ever felt.

How does the global pandemic influence your artistic practice\professional life and the project you developed at IZO in particular?

Adam: It’s way too soon to say. At the moment I’m not making any art, though I am managing to get quite a lot of writing done. I’m finishing my PhD, and its subject feels very pertinent to the structural inequalities the pandemic has focussed attention on.

Does this situation impact your artistic views or conceptual or aesthetical ideas that you can express through your practice? How?

Adam: Again, it doesn’t feel particularly like a rupture. My practice has followed a shift over several years towards more ephemeral immateriality which is completely inflected by economic pressures to do so (rent, materials, storage etc).I’ve been working in the textual, digital and performative for some time, and this whole situation seems to be manifesting some of the reasons behind that.