In July 9-16, 2016, the former site of the Lenin monument in Kyiv hosted Cynthia Gutierrez’s temporary installation Inhabiting Shadows. The intervention by the Mexican artist was created as part of the Social Contract project by IZOLYATSIA.

The installation opening featured Cynthia Gutierrez herself, as well as Kateryna Filyuk, curator of the Social Contract project, and Oleksandr Vynogradov, Public Relations Manager at IZOLYATSIA. The official ceremony was attended by press, city officials, artists and citizens of Kyiv. The Social Contract project is aimed at creating a discussion platform for art community, society and authorities on the status and functions of commemorative objects in urban space, using the case of the Lenin statue in Kyiv as an example. Setting up the Inhabiting Shadows installation proved this dialogue possible, as it was done with the support from the Department for Culture of the Kyiv City State Administration and financial help from local business: companies PERI and Солнце в дом.

Inhabiting Shadows allows everyone to climb up the stairs to the pedestal of the Lenin monument. To be able to reflect upon the past, to substitute the phantom, the shadows, one must inhabit them and then become new and diverse moving statues that head towards the light of a new horizon. Cynthia Gutierrez’s work provokes a reflection about identity, imposed memory and system failure. IZOLYATSIA launched a flash mob, inviting all the visitors of the installation to post their selfies at the Lenin pedestal with the #iLenin hashtag. Between July 9 and 16, the installation was attended by over 1500 people.

Cynthia Gutierrez’s artistic intervention won an open call announced by IZOLYATSIA in April 2016.We have received 21 applications from artists and art groups around the globe: eight from Ukraine, two from Mexico, and one from Poland, Bulgaria, Chile, Spain, Belgium, Latvia, Thailand, Kyrgyzstan, Russia, Netherlands, and Switzerland. The Inhabiting Shadows installation was selected by an international jury consisting of:

The Social Contract project, comprising an exhibition and public programme, continues until August 24, 2016. 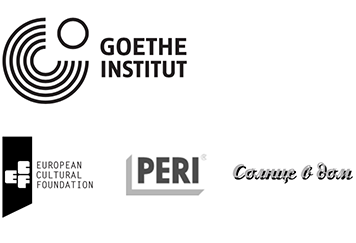 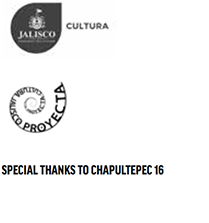