On Friday, December 25, at 4:30 pm, as part of the CRAWLING BORDER project by IZOLYATSIA, Archil Tsintsadze will speak about the situation with the borders of Georgia. The discussion will be moderated by journalist Ekaterina Sergatskova.

Archil Tsintsadze is a security adviser at the Presidential Administration of Ukraine, Georgia’s chargé d’affaires in Ukraine in 2007, Georgian Army Colonel. Tsintsadze was commanding a troop during the Georgian-Abkhaz conflict in 1992-1993, took part in the military operations in Sukhumi. In 1999-2005, Archil Tsintsadze was a military attaché at the Embassy of Georgia in Washington, DC.

Ekaterina Sergatskova is a Ukrainian journalist of Russian origin. She is a military reporter for Ukrayinska Pravda, Focus, Ukrainian Esquire, as well as Russian Colta and Snob. Sergatskova has reported on recent events in Crimea, Donetsk, Horlivka, Krasnoarmiisk, Shchastya, and Mariupol. She is one of the few Ukrainian journalists to cover the events in Eastern Ukraine from both sides, that of the Ukrainian Army and the pro-Russian separatists.

The event will take place at 8 Naberezhno-Luhova Street, Second floor.

The exhibition CRAWLING BORDER — Georgia’s pavilion at the 56th Venice Biennial — will be held at IZOLYATSIA until January 20, 2016. 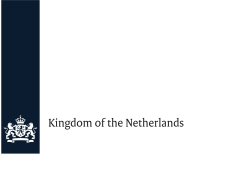